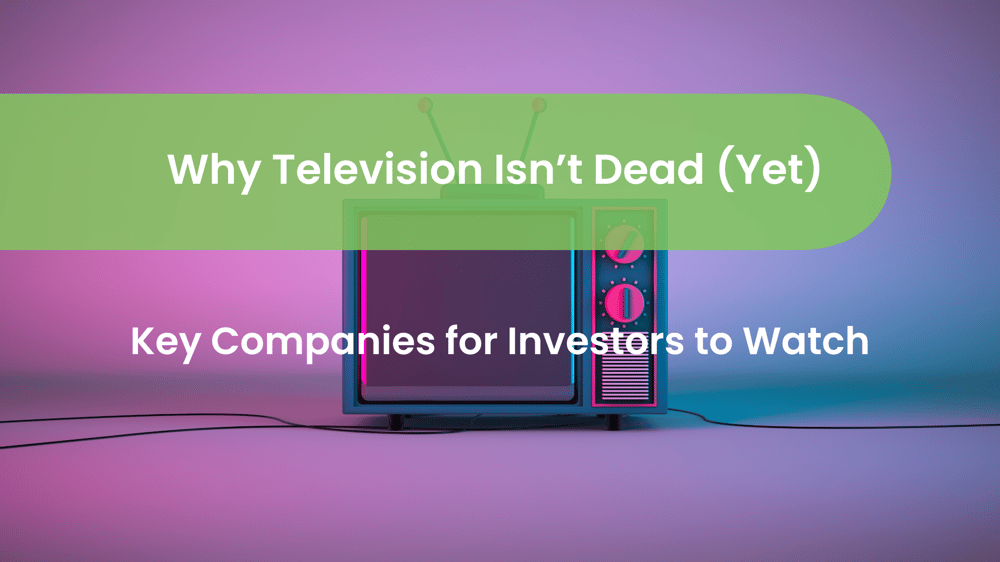 Few modern technologies have had a greater impact on the world than television. Television significantly changed the way information, news, and special events could be broadcasted to the global population. Invented in 1927, television started gaining popularity after being unveiled by RCA at the 1939 World Fair in New York. By 1967, over 98 percent of US households had a television.

Since then, television has spread to most corners of the globe with television users reaching 5.36 billion in 2021. The invention has been so profound that in 1996 the United Nations declared November 21st to be recognized as World Television Day.

The Rise and Fall of Cable Television

Digital Media and the Evolution of Television Usage

The internet opened the door for new streaming services to offer customers high-quality digital content for a fraction of the cost of traditional cable television. These services also provide fewer (or no) commercials and on-demand viewing instead of relying on a set broadcast schedule. Today, about 85% of US households have at least one subscription to a streaming service. In the last 5 years, cable television subscriptions in the United States have declined more than 25% as consumers switch to alternative forms of media.

Traditional television is certainly dying. However, some companies have identified this trend and have adapted to meet the challenge. In some cases, companies that were unknown a few decades ago surpassed the power of once-prestigious cable conglomerates. This creates amazing opportunities for investors looking for growth in their portfolios.

3 Companies to Watch in the New World of Television

As the usage of television continues to evolve, we’re watching the situation closely. Here are some stocks that Deshe Analytics believes could allow investors to take advantage of adaptive companies in the television media industry.

News Corp is an American media and publishing company headquartered in New York City. The company has a wide range of media products including the streaming services Foxtel which provides digital media to over 4 million subscribers in Australia and Binge which has 1.26 million subscribers.

According to our analysis, News Corp has earned the ranking of BUY. The company scores 82 compared to its peer average of 67. The company’s recent financial statement shows strong earnings and outstanding cash flow.

AMCX Networks is a cable television company that started in 1980. The company cleverly identified the writing on the wall and decided to launch its own streaming service called AMC+ in 2020. Today, their streaming service has over 9 million paid subscribers.

Our AI-based research indicates that AMCX is a BUY. While its balance sheet rankings are underwhelming compared to peers, they have strong cash flow management and have improved its EBITDA by nearly 40% in the last reporting period.

Streaming services would be nothing without a strong internet network. Shaw Communications is a Canada-based media company that specializes in broadband cable and internet service. They provide service to over 7 million people enabling them to enjoy a wide range of streaming services.

Stay Ahead of Emerging Technologies with AI-Based Research

Changing technology can be difficult to predict. While many technology companies have historically yielded outstanding results, there comes a high level of uncertainty and risk. With the help of innovative AI platforms, the guesswork can be taken out of the fundamental analysis.

In today’s markets, company fundamentals are more important than ever. To find value when...
Continue

July 17th is Constitution Day in South Korea. The day honors the anniversary of the first...
Continue