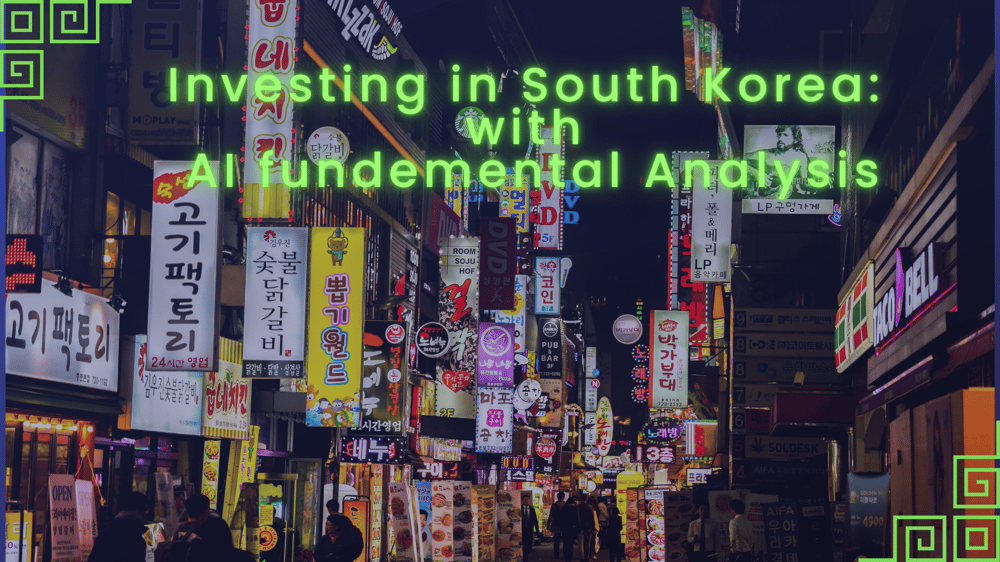 July 17th is Constitution Day in South Korea. The day honors the anniversary of the first constitution of South Korea which was declared by the first National Assembly in 1948. On this special day we would like to help you get acquainted with a number of strong, productive, effective and profitable South Korean companies that are less known to investors outside of the Asian Tiger’s borders.

South Korea has a highly developed economy, fourth largest in Asia and 10th largest in the world by nominal GDP. South Korea is notable for its emergence of economic development from an underdeveloped nation to a high-income country in just a few generations, experiencing one of the largest economic transformations of the past 60 years. It is one of the fastest growing developed countries in the world.

Given its limited geographical size and lack of natural resources, the country has devoted special attention to technology development and innovation to promote growth. Now South Korea is a high-income OECD economy, based on international trade of high added value products such as electronics and machinery. The country is the world's seventh largest exporter of goods and the ninth largest importer. In 2020 trade represented 70.1% of its GDP, making it one of the most open economies globally. The export-oriented policies of South Korea are one of the most important factors of its economic success.

When it comes to the South Korean corporate sector, not many companies apart from the obvious Samsung and LG are well known to foreign investors. That’s where our genius AI comes to save the day: the analytics machine has sifted through tons of data, coming up with these fundamentally sound Korean stocks.

Ncsoft develops and publishes online games worldwide; it was established in 1997 and has a market cap of $5.8B. Even though the company’s products, such as Lineage, Guild Wars and other games, are very popular globally, the company has virtually no analyst or news coverage outside of Korea.Ncsoft is now trading at a PE ratio of just 14 (vs industry average of 16.3). It pays a dividend of 1.61%.

The company has very low liabilities, well covered by assets; it sits on ample cash. Ncsoft’s financial indicators are strong: it has managed to increase its revenue, net income and EPS sharply from the previous year. Its EBITDA margin stands at a very high 25.4%.

Based on fundamentals from the firm’s latest financial report, published in May, our AI has rated Ncsoft a STRONG BUY: https://report.desheanalytics.com/Ncsoft

Mirae is engaged in the Venture Capital business of investing in growth-stage companies in South Korea. Mirae Asset Venture was founded in 1999 and has above $1B assets under management; its market cap stands at $211.7M. Mirae also doesn’t get any analyst or new coverage in English.

Mirae Asset Venture is trading at a PE ratio of 2.8 (vs industry average of 9.3). It pays a dividend of 1.44%. The company has virtually no short term liabilities; it has 10 times more cash than its total debt. Mirae’s financial indicators are very strong: its ROE is an exceptional 32%; its ROA is way higher than that of its peers and its net profit margins are currently at outstanding 33.8%.

Based on these and other fundamental factors, our AI has given Mirae a rating of STRONG BUY: https://report.desheanalytics.com/0wc

Daeduck provides various printed circuit boards (PCB) in South Korea and internationally. It was incorporated in 1965; its market share stands at $1.1B. As you’ve probably guessed, Daeduck is also not covered by English language news media or analysts.

Daeduck Electronics is trading at a PE ratio of 15.2 (vs industry average of 16.6). It pays a dividend of 1.08%. The company has very little debt and liabilities, dwarfed by its equity and cash holdings. Its earnings growth has been spectacular so far; its ROA and return on capital are high and growing. EBITDA Margin is at a high 19.9%.

Our AI analyst has looked at these and other fundamentals of Daeduck and has given it a rating of STRONG BUY: https://report.desheanalytics.com/Daeduck

These three great companies are just a small example of Deshe’s cutting-edge AI-based fundamental equity research and analysis. Our AI analyst can provide information on any publicly traded company around the world, in any language, almost instantly analyzing financial information and giving its unbiased, unemotional, logical and fact-based investment recommendations.

As you’ve may have noticed already, online trading jumped during the pandemic, as it rode the...
Continue

The printing press, the sewing machine, the steam engine, the automobile, the electricity, the...
Continue