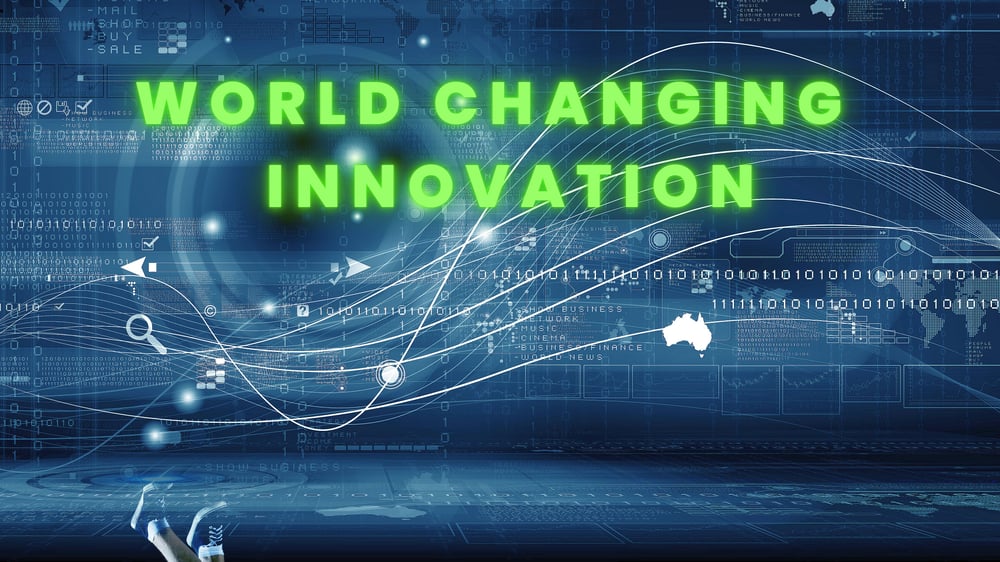 The printing press, the sewing machine, the steam engine, the automobile, the electricity, the Internet, the Artificial Intelligence - all of these things and thousands more are breakthroughs made by ingenious inventors that may have lived hundreds of years ago, or may be alive today, that we benefit from every single day. And human creativity never stops: in every part of the world, right now, there are some brilliant people working on something that will change our lives for the better.

Only the most innovative, visionary companies that believe in what they do and disrupt the existing ways, can change the world. We were lucky enough to witness a number of these companies within our lifetime. If we just named a few, Apple changed everything about phones, Microsoft revolutionized computers and OS, and Facebook brought an entirely new meaning to social media. There are many influential companies, but not many disruptive ones. In this article we’d like to talk about the visionary disruptors: those that not only change the trajectory of their respective industries, but change the world as we know it.

Let’s look at the automobile industry for example: Ford was one of the first companies to mass-produce cars, leading other car companies to catch up. Tesla was one of the first companies to make an electric car and it's pushing a whole new revolution of earth-friendly vehicles. Kelley Blue Book revolutionized the way we market and review used cars, opening the door to a plethora of other companies serving a demand we didn’t consider until then. Regardless of the industry, many companies can be successful, but few of them are influential. And the financial industry is no exception to this rule.

Is there such a thing as disruptive financial service? Yes!

We could see this by looking at how we invest our money. Acorns was launched in 2014 on the simple idea of helping the new generation invest their money and give them financial lessons in addition. Today, it has 9 million downloads and has helped people change their life around financially. Whether it be through their Round-Ups feature which lets them invest spare change or take pieces out of their paycheck to invest with, or through their Money Basics education feature, the new generation is in much better shape thanks to this app. Nowadays, there are countless apps that share the same purpose as Acorns (Stash, Betterment, Qapital, etc.)

And what about stock trading? Of course, there were plenty of companies that assist the average investor in the stock market. But one of the companies that helped make trading mainstream was Robinhood. Introduced in 2015, Robinhood has made investing in stocks as easy as buying an ice cream. Almost everything you need to trade stocks is at your fingertips with this app: ratios, volumes, and analyst ratings are all at your grasp. Robinhood has single-handedly made trading stocks simple and accessible to anyone.

Reddit, a company that is rarely associated with  finance, has an extremely significant influence on the financial industry. We can’t forget r/WallStreetBets’ effect on the stock market in 2020. This page has a following of over 12 million users, which makes it likely the biggest financial forum on the internet. Sure, it may have an affection for memes, but there are tons of financial conversations on this page, let alone other pages such as r/Finance, r/Investing, or others. Reddit may be a website for communities in general, but its effect on the financial world can not be overlooked.

Founded in 1981, Bloomberg has revolutionized the way investors look at data. All the information you need for any company in the world is at your fingertips. Not only are they extremely comprehensive but they also have the quickest updates out of any of their competitors. They’re an absolute juggernaut when it comes to financial data. Even though the rise of the internet and big data harvesting technologies many competitors have come to the field, Bloomberg Terminals are still considered a must for any investment organization. Besides, Bloomberg has what competitors can’t beat: IM service. Their messaging service has given the opportunity to chat and read posts from fellow traders only on Bloomberg’s IM, basically making it a financial expert version of Facebook.

Yet still, despite the complexity of Bloomberg’s data and the mainstream influence of trading companies like Robinhood, there is still one hurdle we need to jump over.

While most other stock trading companies are adapting to modern society and becoming mainstream, there’s still an objective for the average investor when it comes to trading stocks. No one wants to put their money into a stock they aren’t certain of, and researching these stocks can be an extremely tedious activity.

Additionally, Trading Platforms seeking to improve and scale their client service offering by including global stock coverage are facing limited equity research options. They are too expensive, provide limited stock coverage, are not immediately available on-demand, and are not localized in every language.

Thankfully, Deshe Analytics has solutions that can change trading as we know it with AI equity research. By providing immediate, reliable and bias-controlled equity reports in any language, Deshe is able to bridge the information gap to support investment decisions. No more spending hours on finding out which stock or portfolio is best. No more missing out on the next big thing because of caution. No more uncertainty. With Deshe’s AI screener, you can find reports and everything you need to know about a stock with just a few clicks. Deshe’s AI provides fundamental analysis on companies around the world, covering 44,000 globally listed stocks in 134 exchanges and automatically generating a comprehensible and easy-to-read research report and trading recommendation (Buy, Hold, Sell) for each stock within 48 hours. These capabilities show the potential that Deshe Analytics has to change the stock trading community, the financial society as a whole, and the world.

Many investors are now looking for bargains in the stock market; value investing is gaining more...
Continue

Protect your portfolio from US dollar's strength

The US dollar leaves its imprint in every corner of the global economy: from countries’...
Continue